In recent years, there has been a lot of discussions and precautions that eating nuts during pregnancy could develop a nut allergy in your baby. A new study done by physicians at Boston Children’s Hospital suggests that this is not the case. 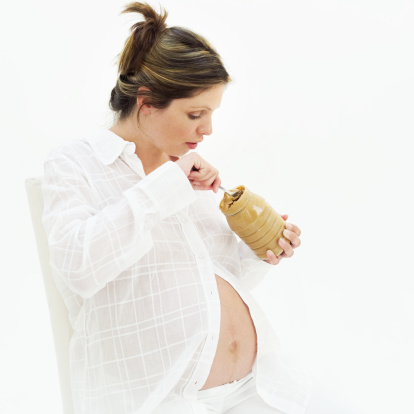 Dr. Michael Young, allergy and immunology specialist at Boston Children’s Hospital, indicated in his study that “Previously, women were concerned that eating nuts during pregnancy probably would lead to an allergic baby, but our data dispels that. A woman who is pregnant can eat peanuts without fear that she will have a baby allergic to peanuts.”

Researchers found that women who ate peanuts, almonds or other nuts on a near daily basis were 30% less likely to have a child who has a nut allergy than those women who consumed none at all. These findings support the hypothesis that early allergen exposure increases tolerance and lowers risk of childhood food allergy.

Amy Marcotte, M.D., Women’s Health and Menopause Center, recommends that “women don’t need to shy away from eating nuts during pregnancy for fear of an allergy, they can be consumed on a regular basis. There is no evidence yet that consuming them will necessarily prevent the allergy, but they won’t cause it either. Nuts are a great source of protein and can be part of your healthy diet during pregnancy.”

As always, talk to your WHMC doctor about your specific situation.