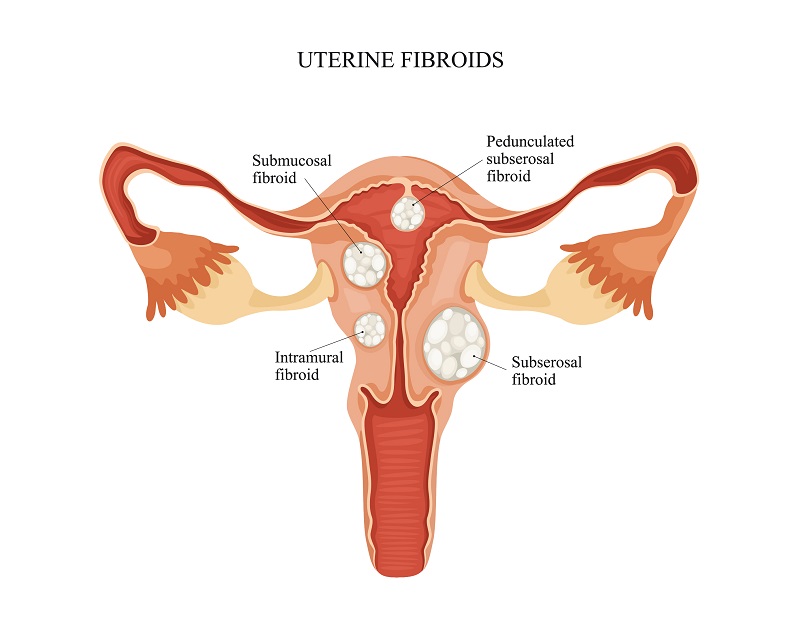 Fibroids are growths that appear in the uterus. They are round in shape and almost always non-cancerous. They can be as small as a pea or as large as a melon. They are sometimes referred to as myomas or leiomyomas. A myomectomy is a surgical procedure used to remove these abnormal growths.

Between 20% and 50% of women develop fibroids. They are more common among women between the ages of 30 and 50. The exact cause is not known, but certain factors can raise your risk of getting them.

Women who are obese, have a family history of fibroids, experience early menstruation before age 10, or eat large amounts of pork and beef tend to have an increased risk. Women who have had children have a lower risk which continues to decrease when having more than one child.

Why Do I Have to Have Fibroids Removed?

Having fibroids doesn’t mean you must have surgery. About one in three women with fibroids will experience symptoms and most likely need surgery. Common fibroid symptoms include:

In extreme cases, fibroids can also cause infertility and miscarriage. Women with fibroids are at a higher risk of experiencing difficulties during pregnancy and delivery.

There are three types of myomectomy. An abdominal myomectomy involves making an incision along the lower abdomen. This is a major surgery and usually requires a couple of nights in the hospital followed by weeks of recovery.

A laparoscopic myomectomy can work for patients who do not have large or deeply embedded fibroids. This procedure requires four one centimeter-wide incisions. A laparoscope is inserted so the doctor can see the fibroids and remove them.

The third type is the hysteroscopic myomectomy. This is an outpatient surgery that involves placing a speculum in the vagina and removing fibroids without exterior incisions.

Not all fibroids need surgery and some fibroids need a different treatment. Contact Women’s Health and Menopause Center and make an appointment with one of our gynecologists today to learn more about the best option for you.