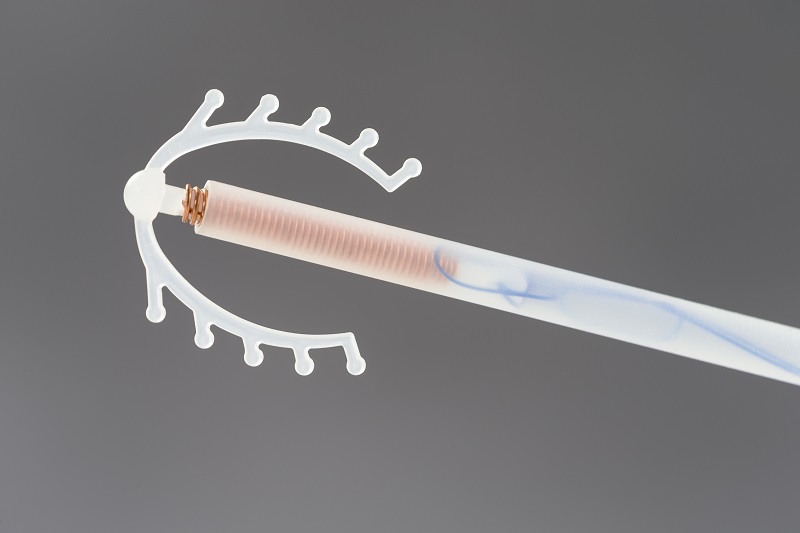 A photo of a newborn baby holding his mother’s intrauterine device (IUD) has been making its way around the internet. The photograph was staged by the mother as a joke (no, the baby was not born with the IUD in his hand). This brings up questions about how much most adults know about IUDs and their effectiveness as birth control.

An IUD is a small T-shaped device that is inserted into the uterus. Multiple types are available, each working a little differently.

This IUD, the same type seen in the baby photo, releases low levels of progestin levonorgestrel over a five year period to stop pregnancy.

The ParaGard IUD is also known as the Copper T 380A. It is made of plastic wrapped in copper. This allows it to release small quantities of copper over 10 years to prevent pregnancy.

Skyla is a mini IUD that’s similar to the Mirena model. This one works over a three year period.

The Kyleena IUD is the same size as Skyla but contains more progestin. It works for up to five years.

IUDs are very effective as birth control for several reasons. When properly implanted, the device can be over 99% effective. Other benefits include:

IUDs do not protect against sexually transmitted diseases. There is a low risk of perforation and embedding. Some women also experience side effects from the hormones in the Mirena IUD.

To learn more about IUD’s and to find the best birth control option(s) for you and your lifestyle, make an appointment with your Women’s Health and Menopause Center OBGYN.