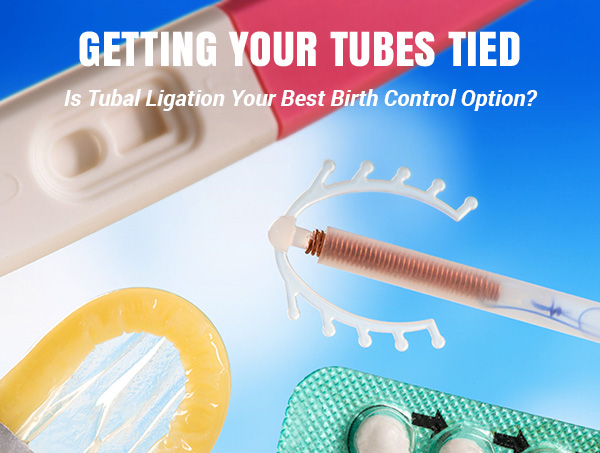 Tubal ligation, more commonly referred to as getting your “tubes tied,” is a common procedure used as a form of birth control. The surgeon makes a small incision in the abdomen and seals off both Fallopian tubes. This prevents sperm from reaching the eggs. The surgery can be done when convenient for the woman including right after giving birth.

The Benefits of Tubal Ligation

There are other forms of long term birth control, such as:  implants which work for three years or IUDs which can last from three to 10 years. Tubal ligation is the only available procedure that is permanent.

Once the procedure is done, you never have to worry about doing anything else to prevent pregnancy but you still will need to use protection from STDs. Tubal ligation is the most effective form of birth control next to abstinence. It doesn’t change hormone levels so it will not affect sex drive or mood.

There is a very minimal risk of accidental pregnancy, but the chances of conception are extremely low. Less than five women in 1,000 will get pregnant after the first year. Approximately two women in 100 will conceive within 10 years.

Things to Consider Before Tubal Ligation

Every woman should consider before undergoing a tubal ligation is the permanence of the procedure. This is especially important for women under 35 who may regret not being able to have kids in the future. Circumstances and people can change over the years, so this is something that should not be taken lightly. Contact your OBGYN to discuss the pros and cons of tubal ligation and to schedule the procedure.